At approximately 7:30 am, my day begins. Barefooted and stripped of heavy clothing–I tiptoe into the bathroom, locking the door behind me. Reaching under the stool, I quietly remove the hidden scale from its current designated location. Thought you could fool me, huh. The scale is frequently shifting its whereabouts with the utmost secrecy, yet I manage to unmask its concealment each time. My eyes catch sight of the woman confined behind the dark glass as I grip the rectangular device between shaky hands. The pad of my thumb swipes gently across the calm exterior, synchronically sliding alongside hers until it disappears at the scale’s brink. She imitates every rasped breath, every exasperated sigh. We met some years ago, far too long ago to recall exactly, but now we are inseparable. I give her a tired smile, one which she does not reciprocate.

Pinching the abhorred circumference of flesh that embraces the core of my body–I grimace. The mere sight of the pale skin compressed between thumb and index finger invites a surge of derogatory insults to invade my thoughts, restriction. I squeeze tighter, more intently, the pain ripples throughout the remaining outer layer of skin. With more force, perhaps the excess skin will melt through the cracks of my fingers, reducing my pain to a liquefied form. If this were the case, my worries would escape me–drifting alongside the current of intellect headed elsewhere.

Placing the scale on the floor, every essence of my soul attempts to embody the mass of a simple feather–yet their latency is all too prominent as it is unsuccessful.108.8. My heart sinks–I slowly close my eyes. Tears well underneath my eyelids and cascade downwards, splashing atop the glass’s surface and gathering at my feet. I peer at the woman. Emulated droplets of water gradually unite with mine in a pool of our collective melancholy. The scale has inevitably imprisoned the both of us–ensnared in an endless entanglement of emptiness that can never be fulfilled. The woman glares at me through the scale while our thoughts collide. Simultaneously, we slip into a coma of despair and defeat despite the detachment of our physical presence. 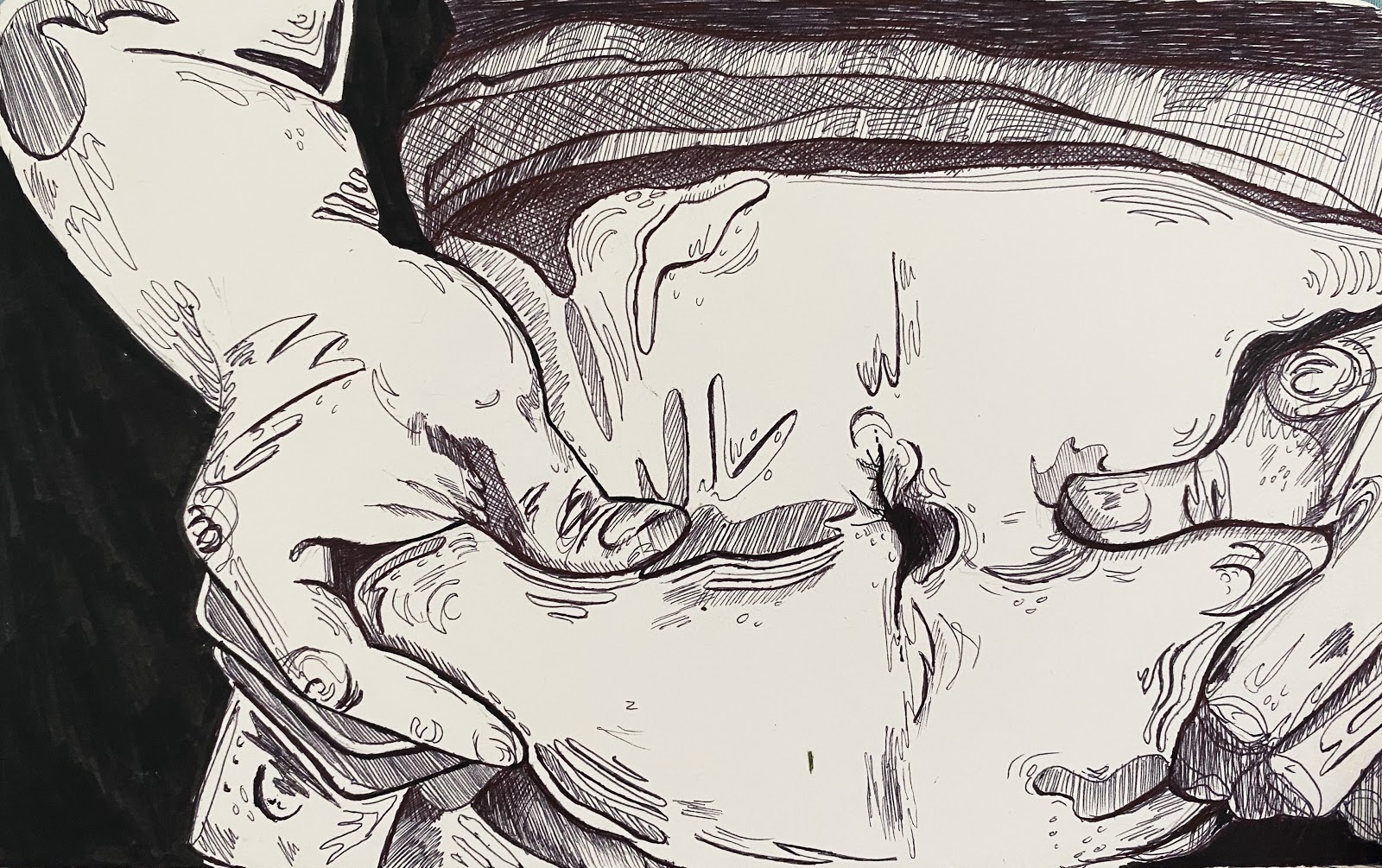